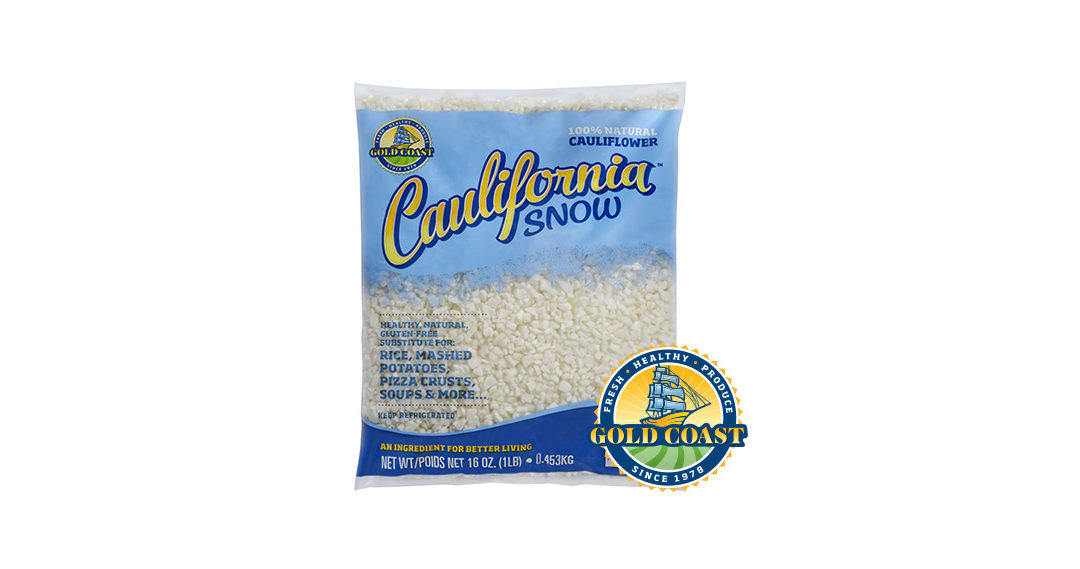 “We’ve seen a tremendous amount of growth in the cauliflower category over the last year, so we’re looking at different things we might be able to do there.”

“We’ve introduced the riced cauliflower in a couple private labels, and we’ll be rolling out our own label soon,” he said in late March.

While it isn’t entirely clear why sales of the vegetable are up, there are obvious clues.

“There’s been a lot of consumer interest,” Scattini said.

“Even last year, people were saying cauliflower is going to be the next kale. They are finding different and more versatile ways to use the product, probably more than the consumer ever really knew. It’s got a widespread appeal and can be used in so many ways.”

Gold Coast Packing has been in a double-digit growth pattern for six years, Scattini said, and has invested in expanded line, cooling and growing capacity.

In 2013, Gold Coast joined Babé Farms to open a 75,000-square-foot plant in Santa Maria under the Fresh Venture Foods name. That won’t be the last word.

The long-term plan calls for increasing capacity by another 25,000 square feet. The project is in the permitting process.

There are also plans afoot to draw on alternative energy sources, including cogeneration and solar.

“Both companies have experienced a lot of growth,” Scattini said.

“We’ve far exceeded our anticipated numbers when we moved in here, which is a good problem to have.”

The growth at Gold Coast prompted the December hiring of Andy Physioc, a regional sales director based in Phoenix. It was a new position at the company. He handles business development and foodservice, retail and industrial accounts.

“The winter season was very challenging with all of the high markets and supply shortages that were out there,” Scattini said.

“We’ve made a lot of progress since then and are prepared for a greater amount of growth in the next few years to come.”